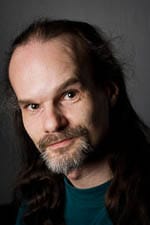 My first SLR was a Zenit 11, recycled from Soviet tanks, after which I discovered the joys of modern(!) technology and bought a Pentax K1000. A friend set up a darkroom in his parents’ attic, where I first began B+W processing in some rather primitive conditions, with water hauled up in buckets. Soon after, I discovered that helping to run the photographic club in the sixth form was a great way of avoiding games lessons at school and also gave me access to a slightly more sophisticated darkroom.

At university, I joined the photographic societies and also took advantage of free access to lab darkrooms. After years of trying with limited success to keep a home darkroom light and dust free, I finally tried a digital experiment with a Fuji S5600 bridge camera, before getting my present Olympus E620.

My interests are mostly landscape, architecture and some portraiture, with a possibly excessive taste for sepia toning.

My Wall is a space for Members to show off some of their own favourites from their personal Flickr PhotoStream.

If you are a member and want your own Wall space here is what you have to do. We need your name, a passport style photo of you, your Flickr account name and a few lines describing yourself and your photographic interests or influences. Email the details to us here: webmaster@offshoot.ie

Share This
This website uses cookies to improve your experience. We'll assume you're ok with this, but you can opt-out if you wish by not using this site. Find out more.