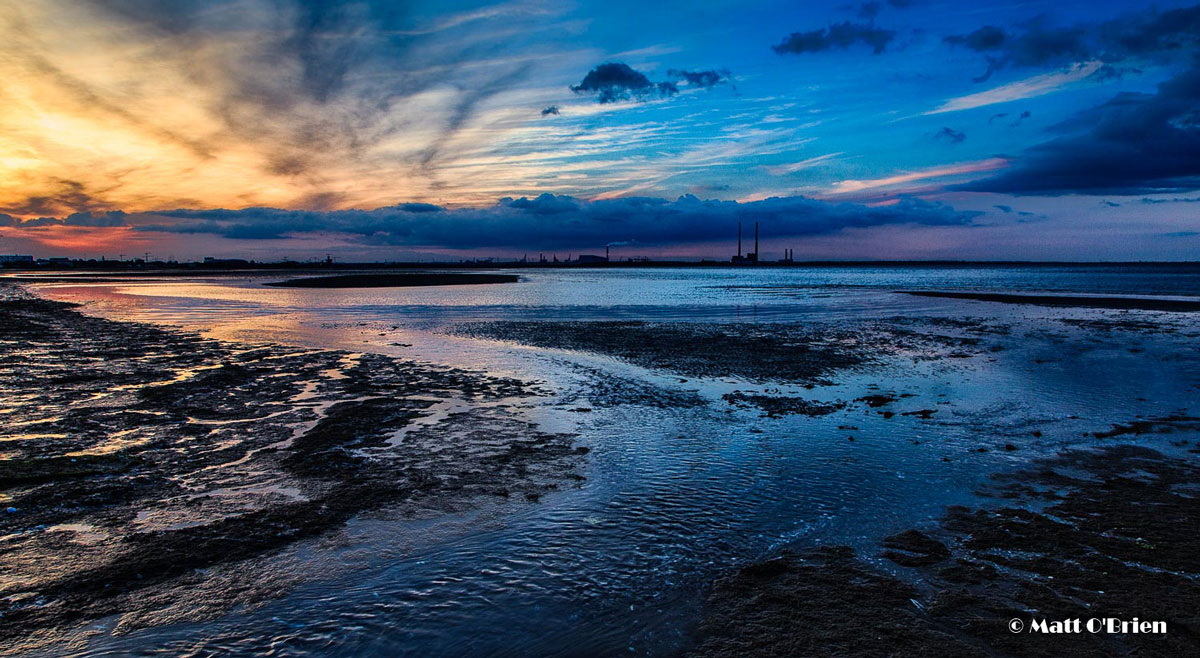 Our Summer outing to Blackrock, on the 24th July, started in ideal conditions at the car park close to Blackrock train station. We had a great turn out, with some opting to head immediately over the bridge to the seashore, others heading towards the park and yet others exploring the town and railway station.

As the evening progressed the sky and sun to the West became more and more overcast, thus reducing the impact on a potentially glorious sunset. The sun still managed to light up the sky after sunset to flood the tidal mud flats with a warm golden glow as the incoming tide reached the railway embankment.

Some great images were captured in and around the baths and nearby graffiti covered structures. We retired for some well-deserved refreshments (and to compare notes / experiences) in Jack Whites and O’Rourkes afterwards.

A lovely evening to experience one of our local urban villages.

Our thanks to all for their participation.