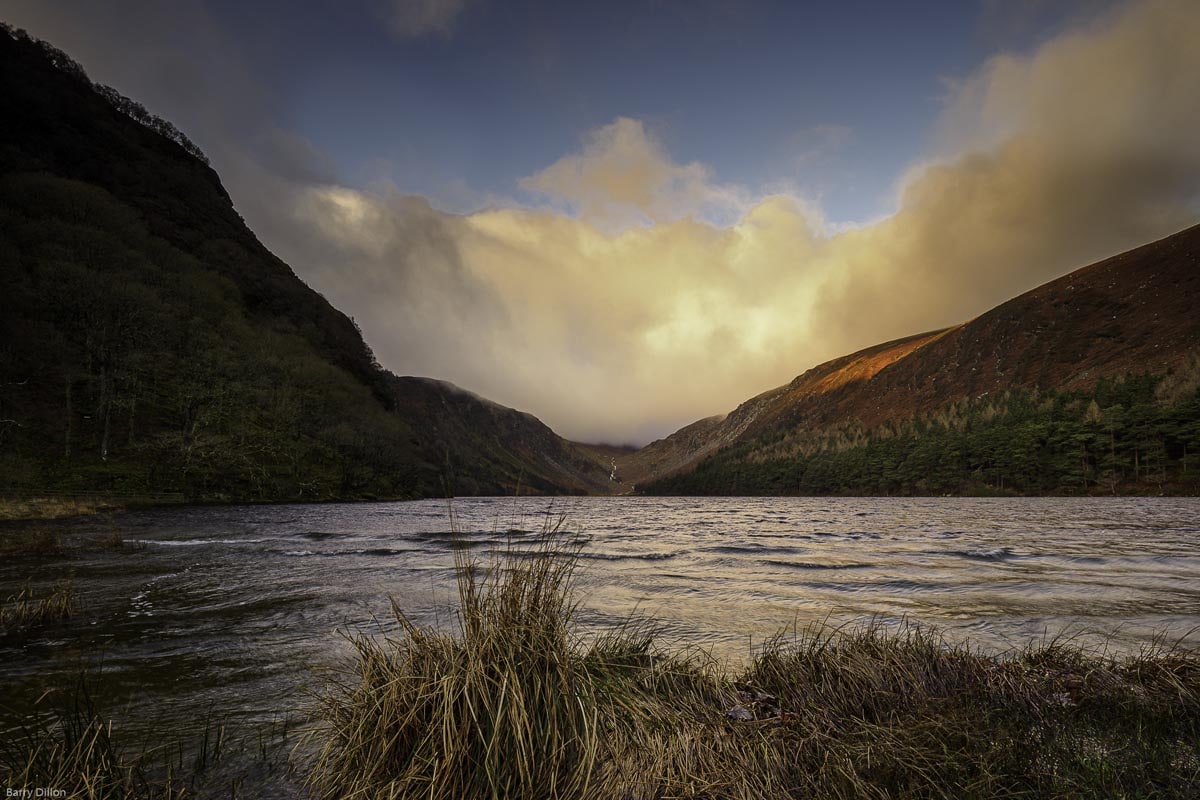 Sunday morning (12th Jan) in Glendalough was definitely better than the Saturday but unfortunately the sun did not show up until much later in the day!

There were more than 14 members present. We all got photographs of the Upper Lake from a variety of angles which should make for some interesting images.

Eight of us went on to a well-earned breakfast in the Glendalough Hotel which not only provided sustenance but allowed us to thaw out!!