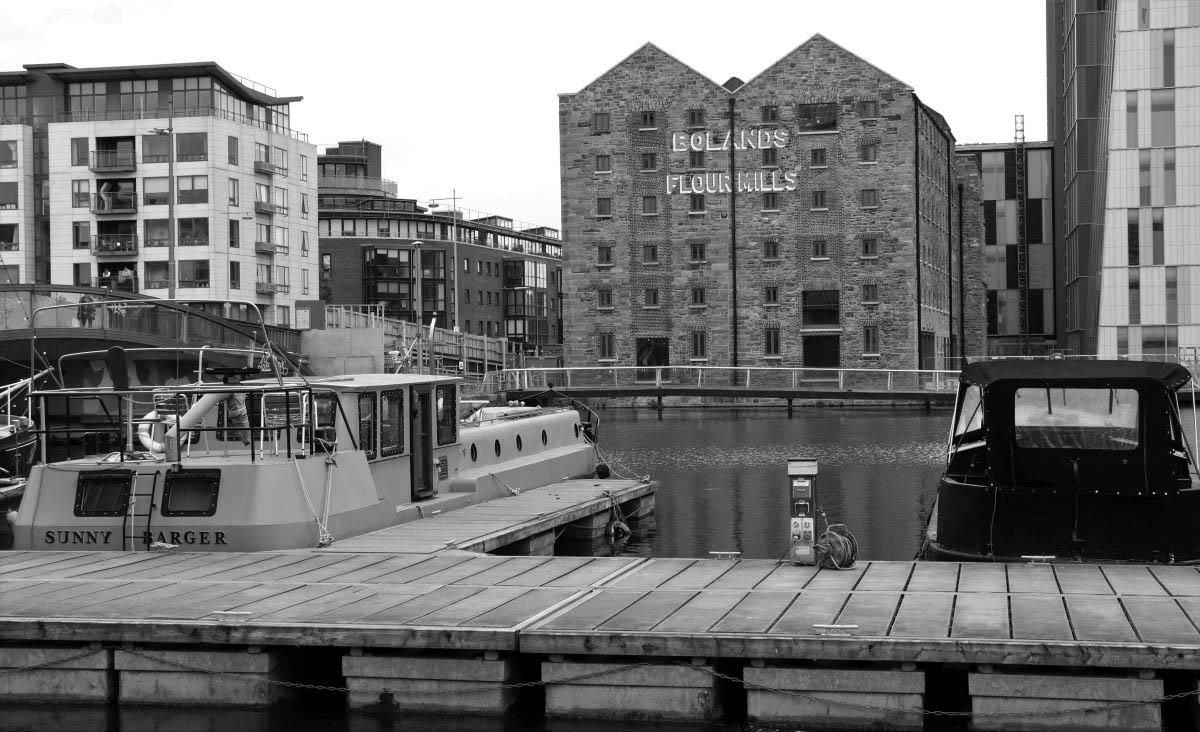 On Saturday 3rd October seven OffShoot members turned up at Leeson St. Bridge to explore the photographic opportunities of the Grand Canal. It became obvious quite quickly that there was plenty to photograph – the only issue being the large dynamic range between the canal area itself and the sky.

Trees, people, barges, Patrick Kavanagh’s statue, Georgian doors, Wilton Park, a swan, murals, bridges and locks were all on our route.
The area is really beautiful (despite a good number of Co.Council barricades) and with autumn colours will be even nicer in a few weeks time! We had a most enjoyable 2 hours before some unforecasted rain began.

We hope at least some members made it all the way to Grand Canal Dock. We would love to do more sections of the Grand Canal in future.