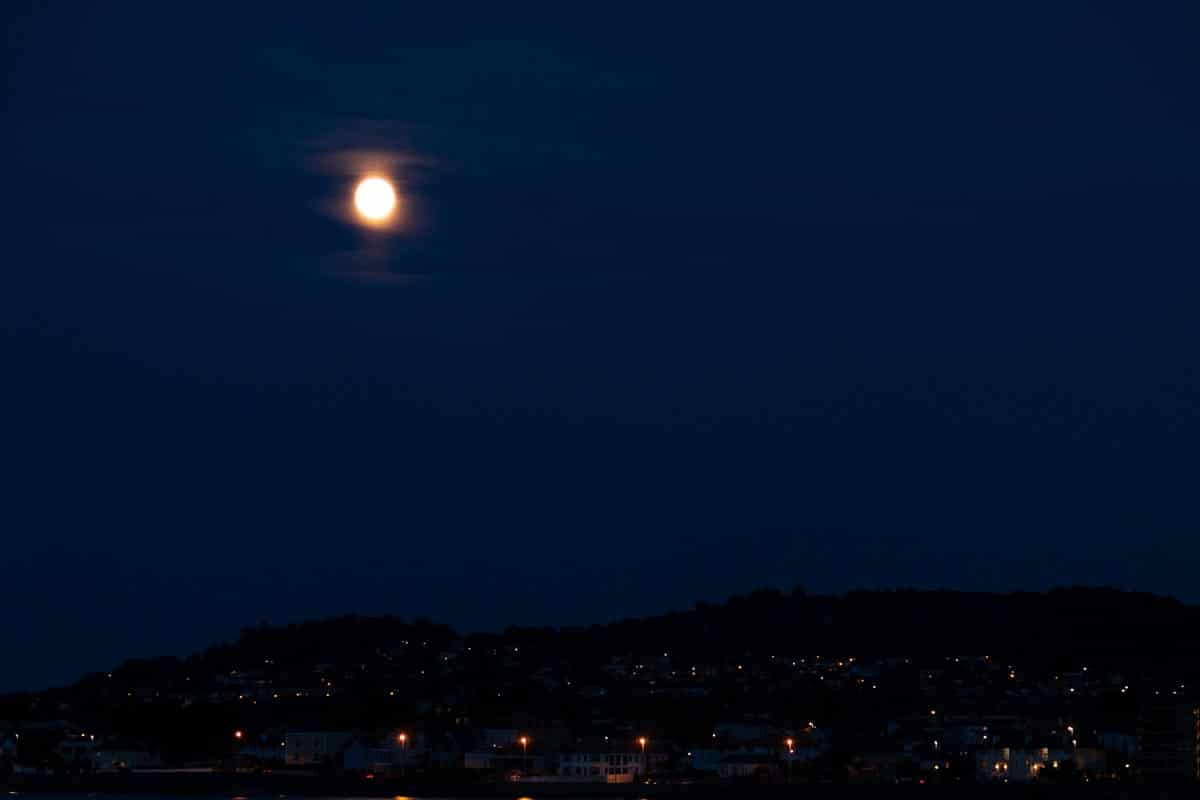 On Monday 15th July about 30 members turned up in the hope of capturing a rising (almost) full moon in the East. (And to commemorate the anniversary of the first moon landing 50 years ago!)

It was a beautiful warm night, but from early on the evening clouds were looming.

From the East Pier, the moon would appear approximately over the Muglins Lighthouse and gradually rise over Sandycove and the Forty-Foot.

While the temperature was lovely, the low cloud was thick and the much-anticipated moon did not grace us with its light until it got above the clouds. By then the sky was quite dark and so the opportunity to capture it in the ‘blue hour’ had passed.

Plenty of excellent shots were subsequently taken but not of the moon as low in the sky as we had hoped. However, all was not lost. Behind us, looking over the harbour to the West, there was a beautiful sunset taking place and lots of moody colourful images were captured. Always worth looking behind you.