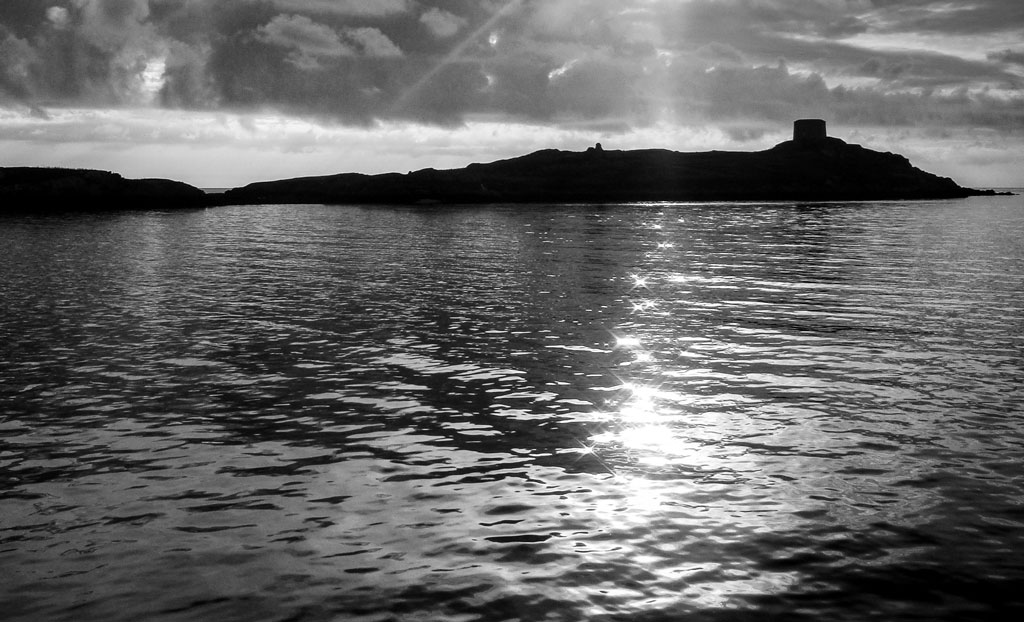 Mary Ryder, Michael Lawlor and Larry Dalton went to Colimore Harbour for sunrise and each person took some pictures. In Lightroom all pictures had the horizon straightened and then were carefully cropped.

In the case of Mary’s photo of the man in the boat, the camera was in landscape mode on a tripod and had to be caught quickly. However a vertical crop which uses less than half of the original frame produced a much better photo.

In Michael’s photo of Dalkey Island, we cropped out some of the sky to focus attention on the water foreground. When the contrast was enhanced the water took on a beautiful wet feel that wasn’t present in the original.

In Larry’s long exposure photo the crop got rid of useless foreground rocks, simplifing the composition.

All the photos had the black points and white points set using curves, and a little “S” curve applied to boost the mid tones. A moderate amount of Clarity was applied to enhance detail.

A little graduated filtering was applied to the skies to stop the brightness of the skies being too distracting and to fit them into the tonality of the picture.

It wasn’t the aim of the SWM to produce a masterpiece, that would be a bonus if it happened, but to see how an “also ran” photo straight from the camera could be turned into an eye catching image with only a moderate amount of processing.