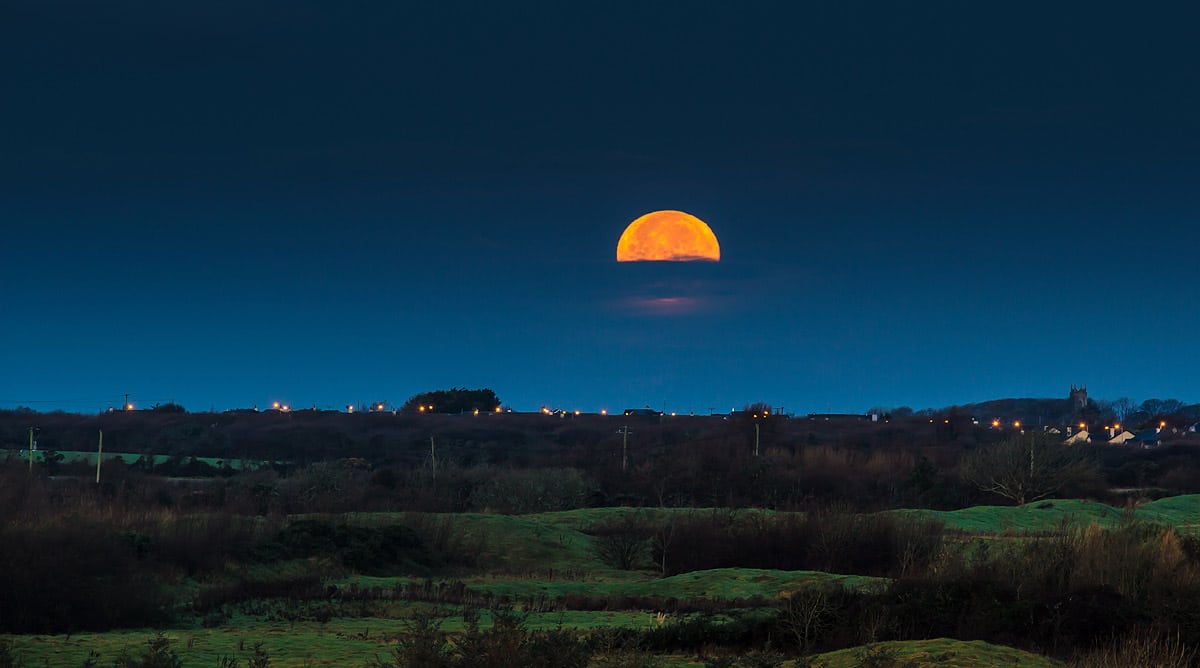 The theme of our Shoot With Me was ‘Autumn Moonshots’.

This is obviously a very weather dependent SWM project and it also has the further challenge of there being a full moon just once every four weeks.

Spring and Autumn are good times for moon shots as there is a reasonable balance between the timings of moonrise and moonset and the seasonal temperature. In the Winter the late mornings and early evenings are convenient, but there is a greater chance the weather will get you.

In Summer, the temperatures may be far more clement, but it’s late nights and early mornings if you want to get those good shots.

The group were blessed with a great start at the Offshoot ‘Harvest Moon’ outing in Dun Laoghaire where the conditions were excellent. There were a number of subsequent unsuccessful attempts at either full or crescent moons at various locations in the area, though there were thankfully several successful ones too.

They had great fun both failing and succeeding and, as always with SWM groups, there was great comradery and the opportunity for everyone to learn from each other.

In the end, after a good bit of fun, they ended up with some great images, one from the afore-mentioned Offshoot outing, one from Hawk Cliff in Killiney, one over the Liffey in Dublin City and an image from St. Helen’s Bay in Co. Wexford. Definitely worth a further visit for a future SWM project.

Thanks to all involved.