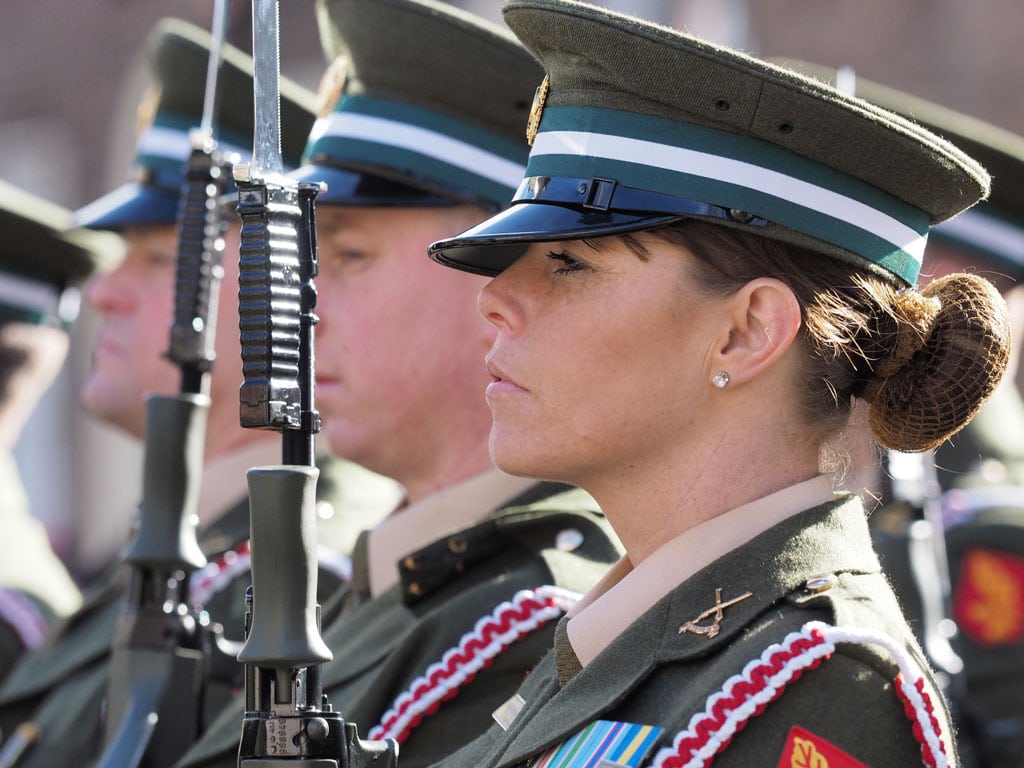 The idea behind the 1916 SWM group was to try and capture some of the spirit and enthusiasm of the many activities related to 1916 this year. The main events were centered around Easter weekend with the big parade where we tried to capture the sense of occasion and also some of the more personal and individual participants and spectators.

We started in late January with the first of two events in Collins barracks where re-enactors in full costumes and weaponry from the Irish Volunteers were marching and doing drill practice. This was fascinating and a chance to get close up and also meet some of the colourful characters – many of whom were in some of the many 1916 themed TV programmes.

We also on other occasions saw some of these same people re-enacting battle scenes so all in all we had a wide variety of enjoyable events to shoot and because we had so many images we liked, we decided to put an audio visual together.