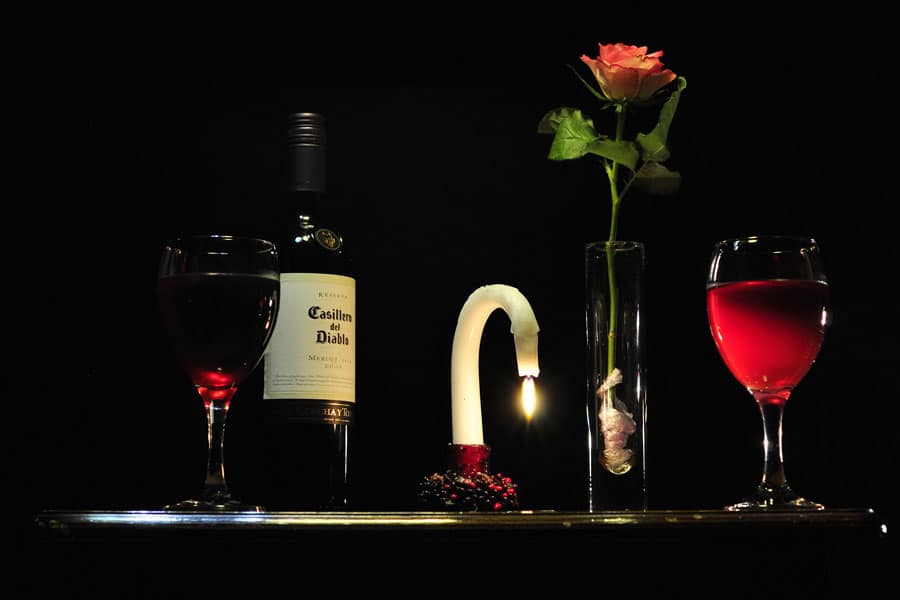 As a group (Gerald Donnelly, Nigel Leyland & Tom Murphy) we had hoped to capture some nice images of still life’s using candlelight only. However when we began the exercise it was obvious it was going to be more difficult than we first hoped. We had a few meetings and then decided that each person would try some experiments at home. The result was the panel you see below.

Tom planned the shot of the candle and wine bottle and flower with the candle bent so that the flame was towards the table. When it came to carrying it out the process of bending the candle took a while and a few failures before Tom got it right.

The set was upside down of course as the flame will only go in one direction. The Wine was Jelly so the colour may not have been authentic.

It was a steep learning curve but it taught us a lot.