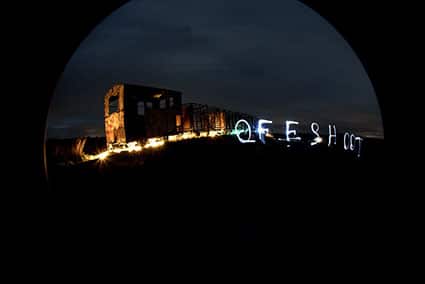 It took us a while to get going but once we started we really enjoyed it. All together we tried three types of random stuff, from twirling lights on Killiney Beach to Tully Church. The high spot was a trip to Lough Boora Co Offaly.

The full team were there for that and we had a portable generator with rope lights stretching underneath the full length of the bog train that is on display there.

We also used an assortment of torches, a Laser and a light saber. The weather on the night was horrendous, full gale and very heavy rain. Terry Kelly had a gazebo which gave us shelter from the rain but had to be tied between two cars to keep it in place.

However we enjoyed the experience and learned a lot and under the circumstances couldn’t have been in better company. To be sliding around on mud and getting cold and wet but still cracking jokes it would be hard to find better a better crew. Our team was almost exclusively Nikon by chance , we only had one Canon camera. Thanks to Pat for finding the venue which we would recommend it to the members and for a possible club outing at some stage.

The team members were:- 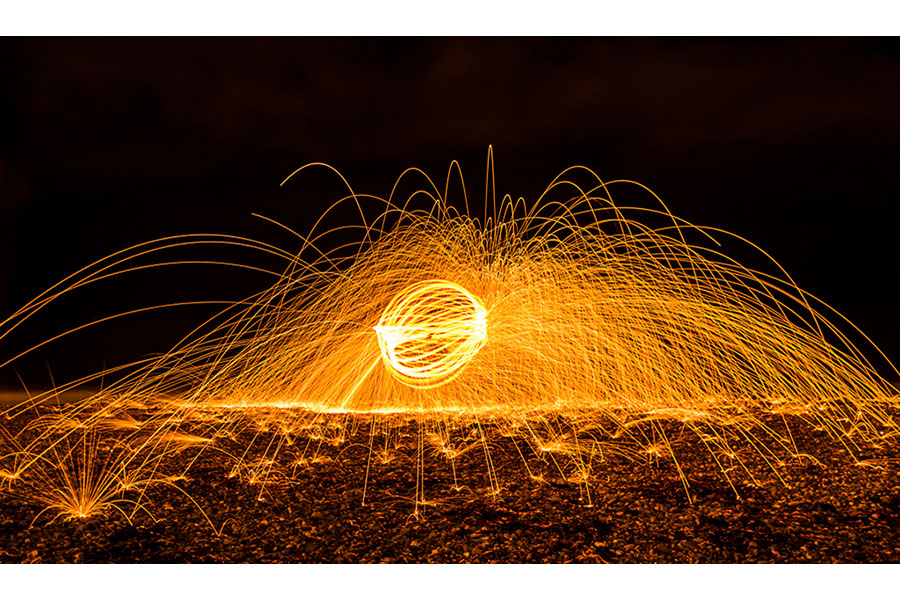 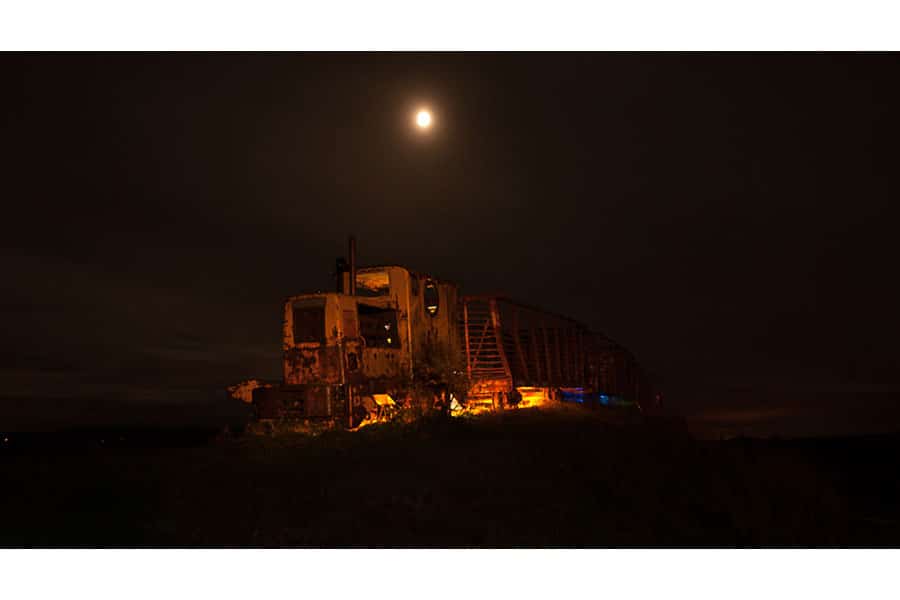 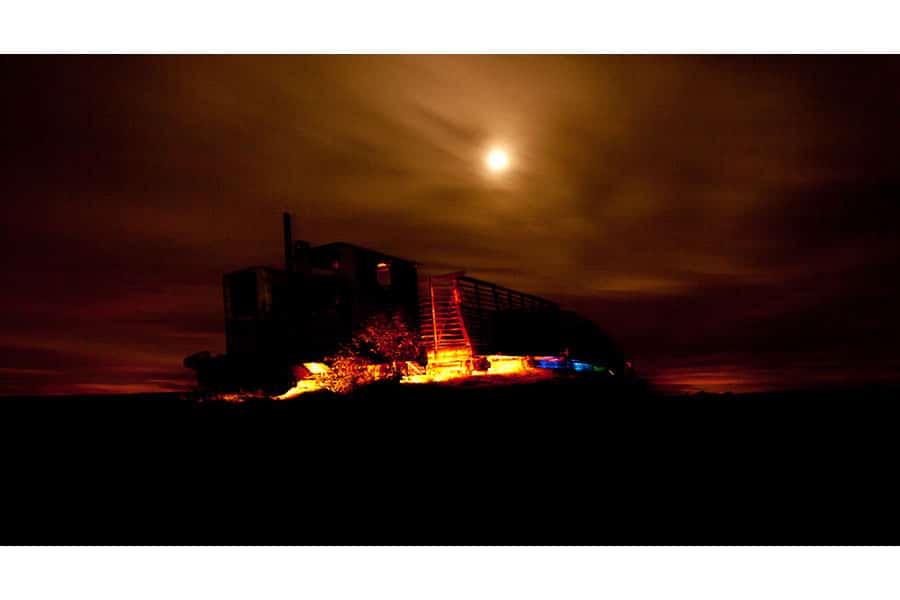 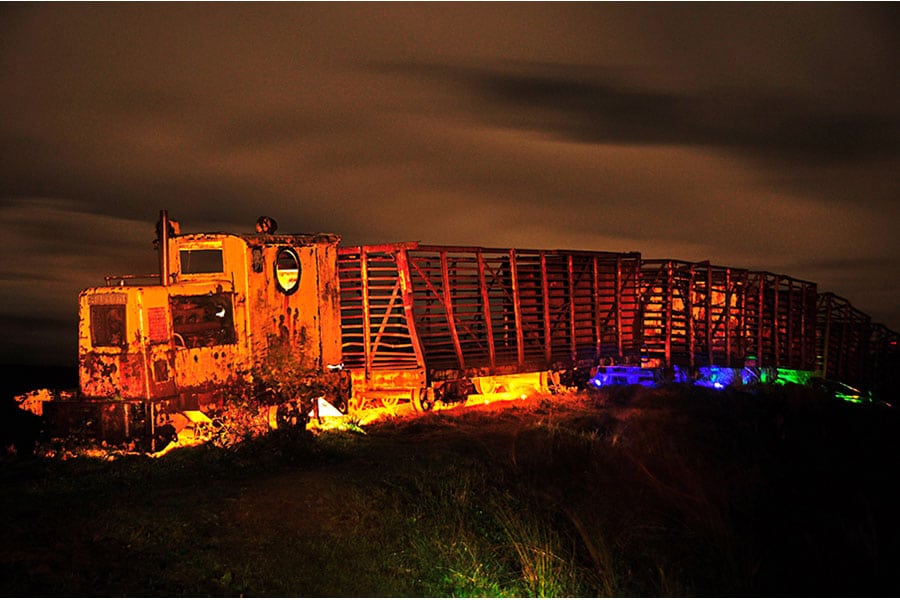 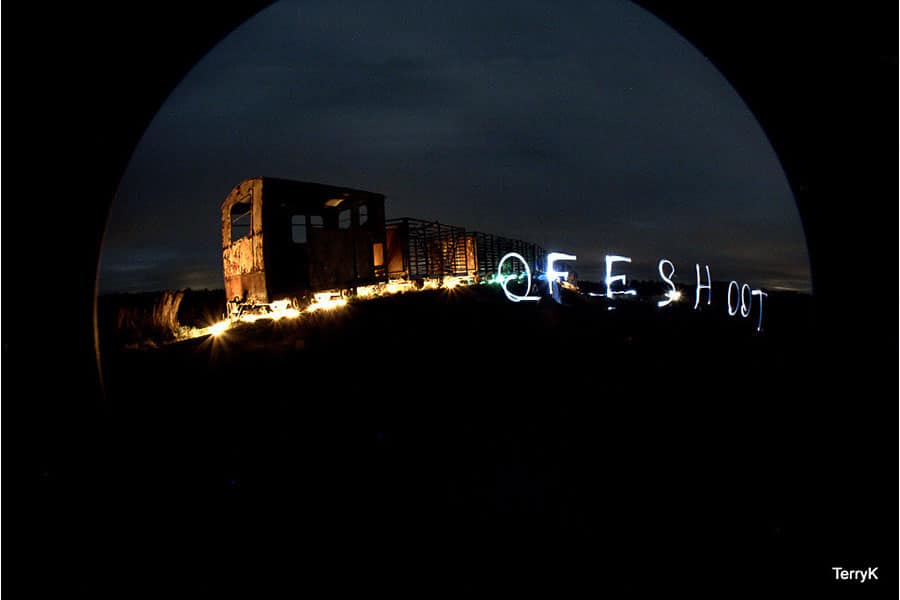 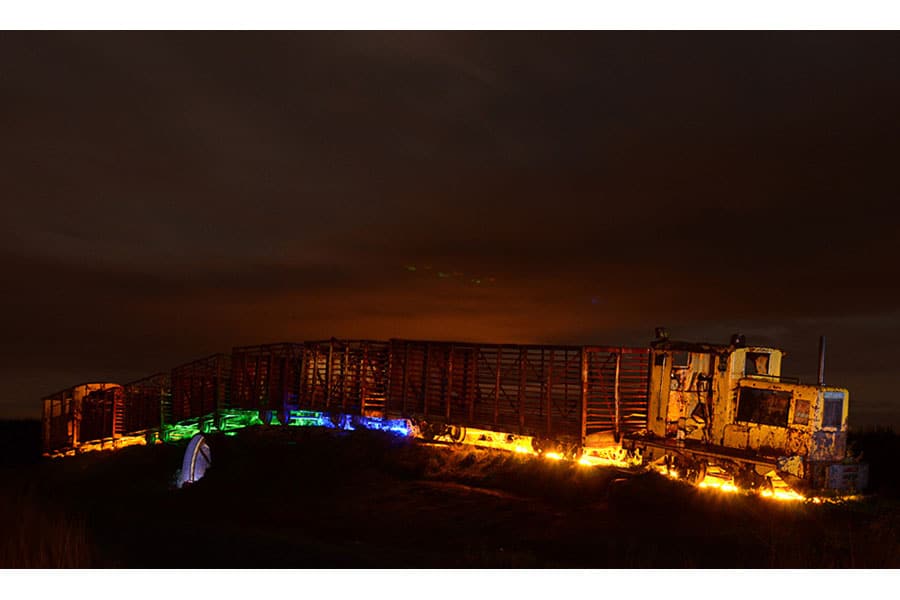 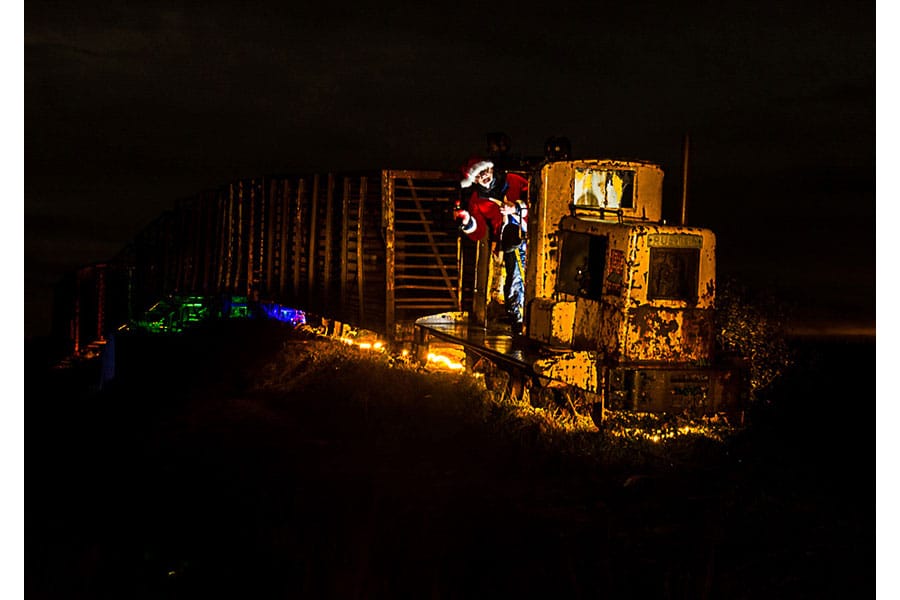 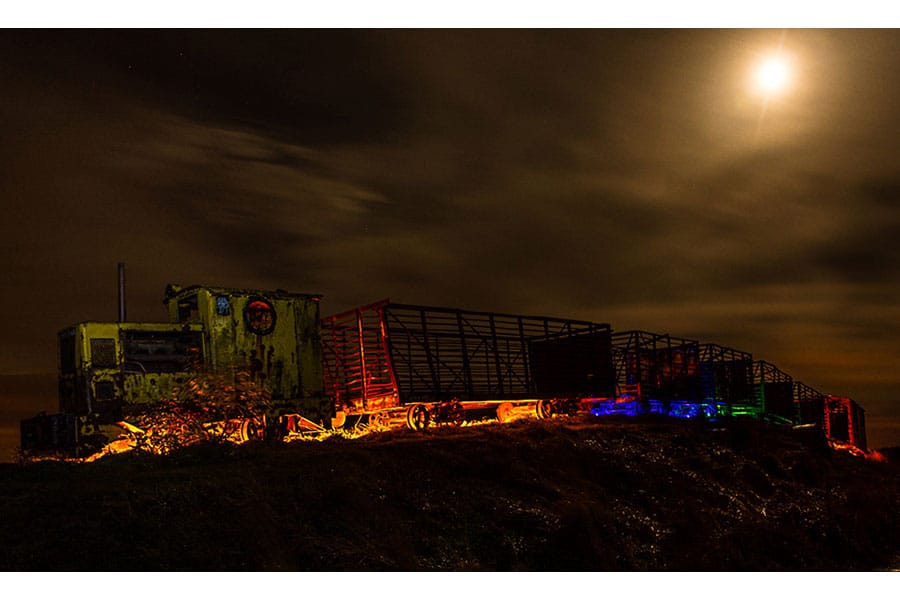